BIOGRAPHY
Paul Barrett has set standards for music teaching in Nova Scotia that remain unmatched to this day.
For more than thirty-five years, Paul was at the heart of the Cobequid Education Centre (CEC) music education program in Truro. In addition to his course work with students, Paul directed Symphonic Bands, Stage Bands, Dance Bands, Vocal Jazz Ensembles, Football Bands, Junior High Concert Bands, Pit Bands, Brass and Woodwind Quintets, and more than 25 acclaimed musical productions. Paul's CEC bands received national and international awards, recognizing them as the best in their fields.  Paul has also been the musical director for many theatre and music festivals, and is a driving force in the Los Primos Society, bringing together musicians from Cuba and Nova Scotia. 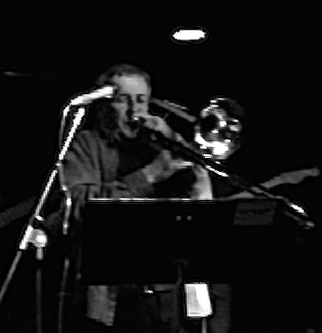 Among the many awards Paul has received honouring his excellence as a music educator, he has been presented with the Prime Minister's Award for Teaching Excellence, a General Assembly of Nova Scotia Congratulatory Certificate, and the Queen's Golden Jubilee Medal. Paul has set and maintained the gold standard for music education in the province of Nova Scotia.

In addition to his acclaimed work as an educator, Paul is a highly-regarded musician in his own right. From his days in the legendary band Horse to his current leadership of the Back Alley Big Band, Paul remains a sought-after musician, arranger, and collaborator.

In 2009, Paul turned his talents towards musical education for those 50 and over, with the launch of the first Nova New Horizons Band in the province.